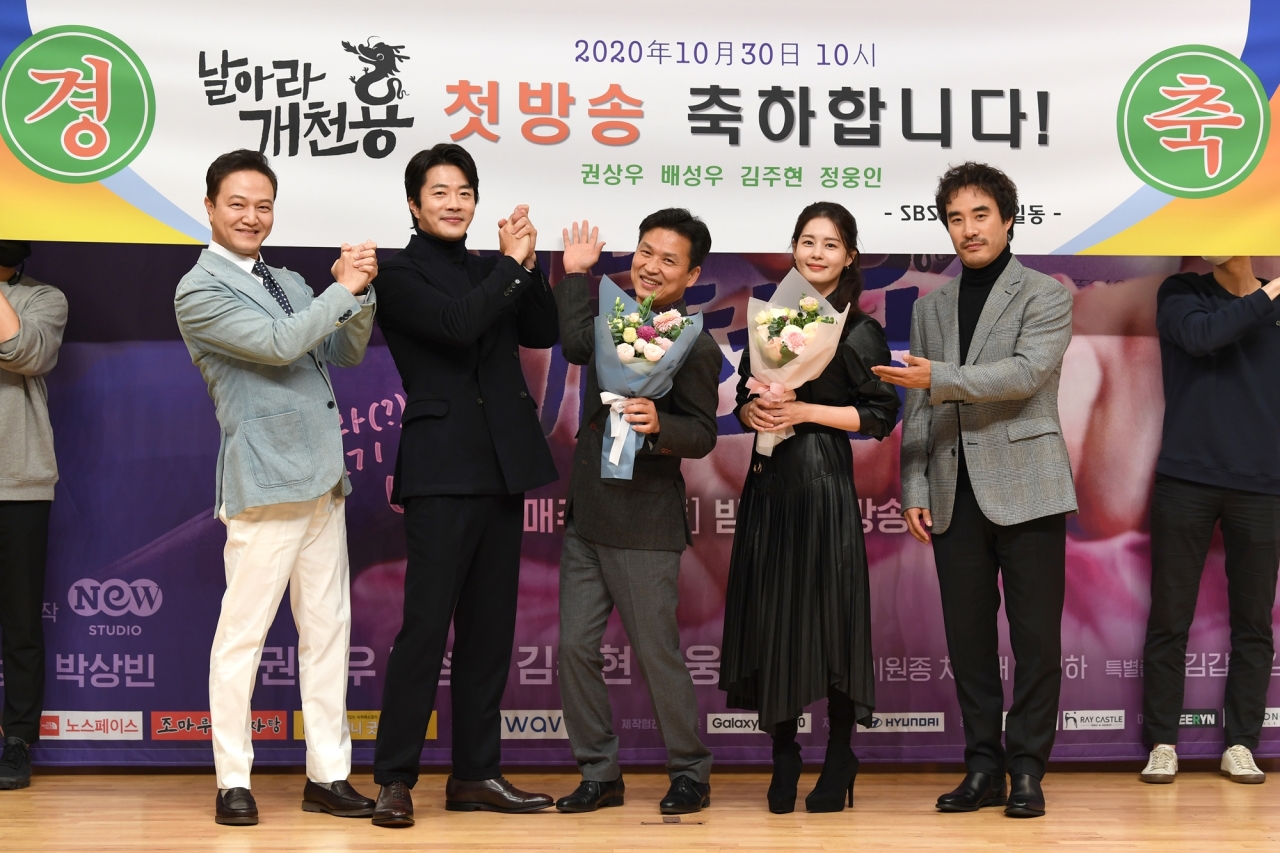 Delayed Justice for Actor Kwon Sang-woo returns to the small screen as a public defender in SBS’ new drama “Delayed Justice.”
The Korean title for the new drama literally translates to “Fly, Stream Dragon” and is derived from a Korean idiom meaning a dragon born in a stream, similar to the expression “rags to riches.”

Kwon takes on the role of Park Tae-yong, a lawyer who comes from humble origins with only a high school diploma. He partners with journalist Park Sam-soo, played by Bae Seong-woo, to help people at the bottom of the social ladder.

The 20-episode drama will air on SBS at 10 p.m. on Fridays and Saturdays, starting this week.

An estranged husband who was a former high-school sweetheart. A suitor spurned after a night of boozing and dancing. A secret early-morning lover.