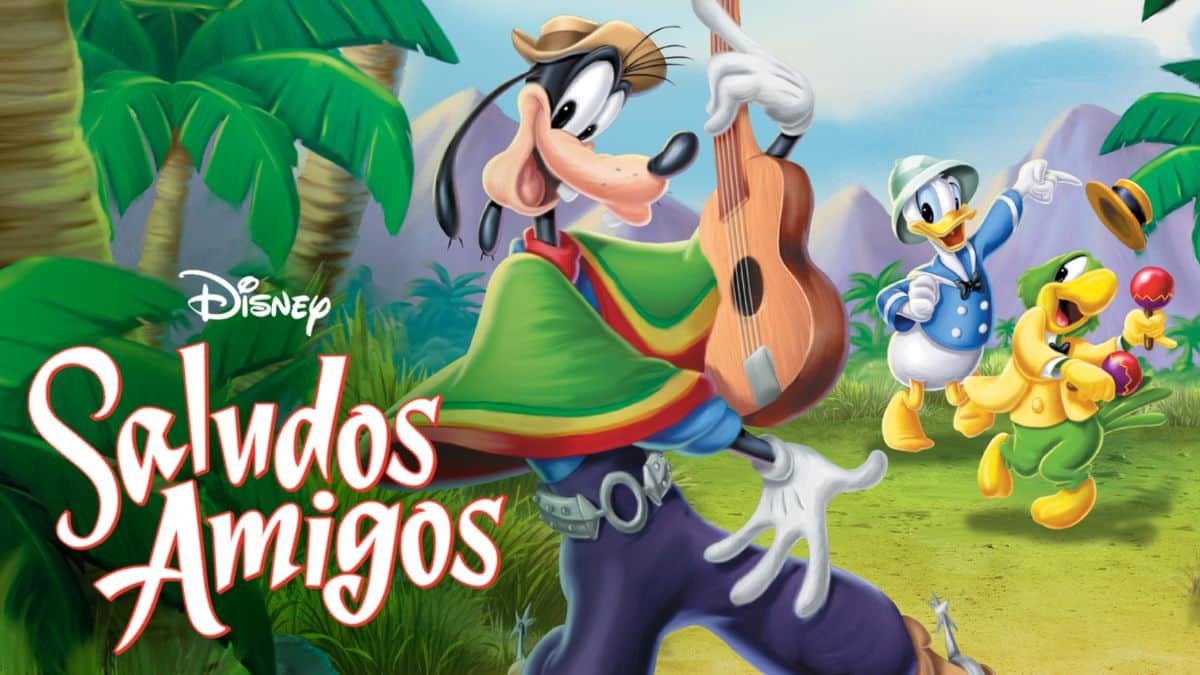 The first in a series of more economically manageable “package films” that could be produced utilizing the diminished resources of the studio during World War II (when the Burbank studio was occupied by military personnel and produced a number of educational films) and the first film inspired by Walt’s government-sponsored goodwill tour of South America (more on that later), Saludos Amigos is more fascinating than lovable. The film is mostly notable for its colorful introduction of Jose Carioca (voiced by Jose Oliveira), the Brazilian, cigar-chomping, samba-loving parrot who served as Donald Duck’s confederate. Of the film’s segments, the most memorable is “Pedro,” about an anthropomorphic plane delivering mail in Chile (he follows a similar path to the one Walt took). This sequence was so good, in fact, that it was released as a stand-alone short by Disney’s then-distributor RKO.